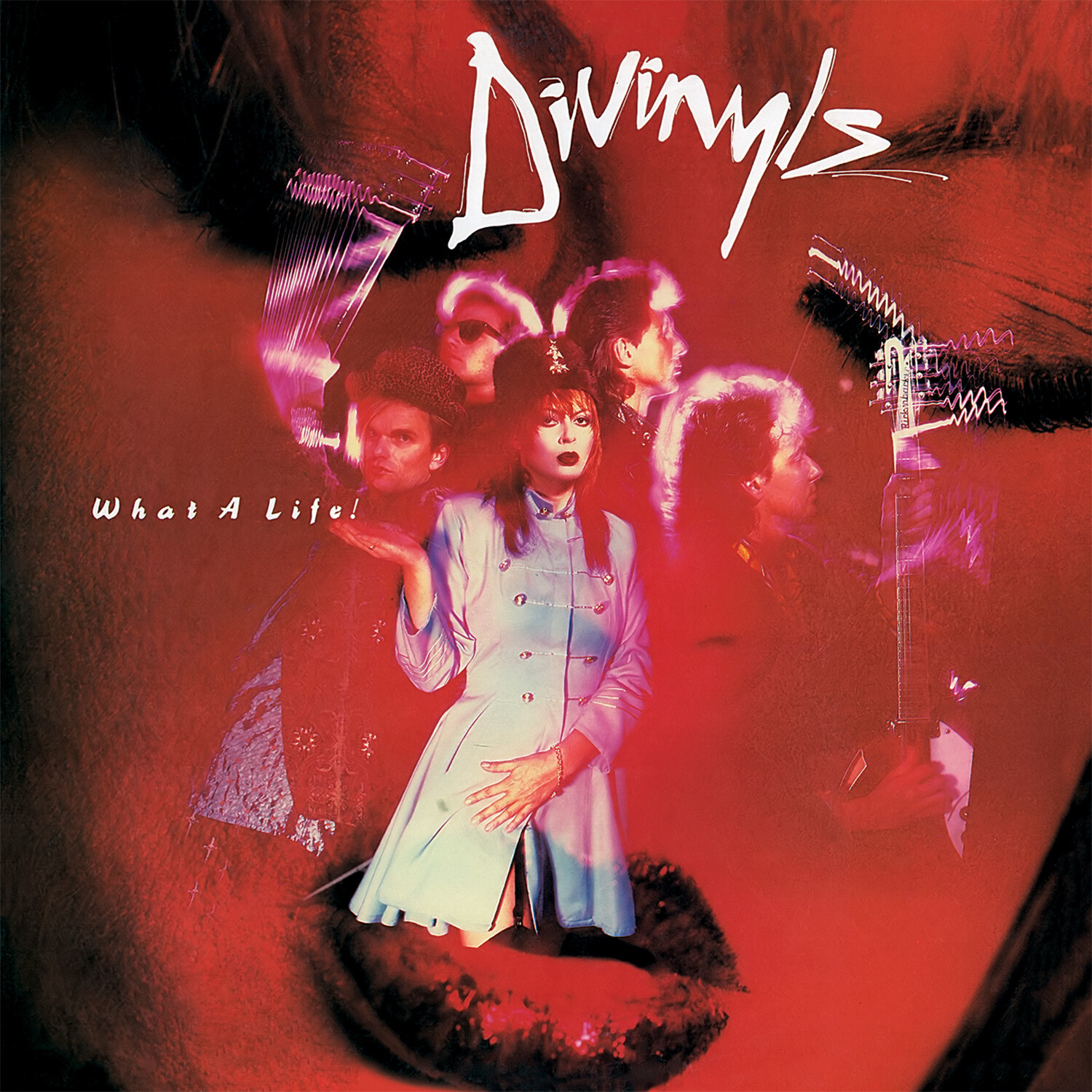 The sophomore full length album by Australia’s new wave rockers Divinyls was no easy effort. It took the band two years and changing producers to finally complete the album, and by the time What A Life! was released in 1985, a couple of the single releases were already a year old. Good Die Young and In My Life showed two different sides to the band, with the former being more melodic new wave and the latter with a harder rock sound and an aggro edge. Both singles charted modestly in their homeland and helped keep Divinyls in the public consciousness.

The next single, Pleasure & Pain, put them back in the upper reaches of the Australian singles chart, and gave them their first taste of U.S. chart exposure. While the song was written by the hit making team of Holly Knight and Mike Chapman, Chrissy Amphlett’s singing and persona made it very much Divinyls. The tracks Sleeping Beauty and Heart Telegraph continued the string of engaging single releases.

Just like their previous album Desperate, What A Life! was released in two very different configurations. The more common U.S. edition once again removed several songs in favor of others, this time replacing three of the four removed songs with remixed versions of songs from the Australian edition of Desperate, all of which had been removed from the U.S. edition of that album. In this first ever expanded edition of What A Life!, Rubellan Remasters presents the U.S. edition of the album dynamically remastered from original master tapes, but now doubled in size to include 10 bonus tracks! Not only does this new deluxe reissue include the four songs that had been removed from the Australian edition, but expands to include the 12” mixes of Pleasure & Pain and Sleeping Beauty, plus the B side cover of The Twilights' song 9:50. The bonus tracks are rounded out by three previously unreleased songs/versions making their debut on this reissue, including two 1982 outtakes from the Desperate album for the songs What A Life and Out Of Time, and the 1984 outtake from the What A Life! album sessions titled More To Choose.

NOTE: Please see NEWS section for an update regarding the Missing Persons LP