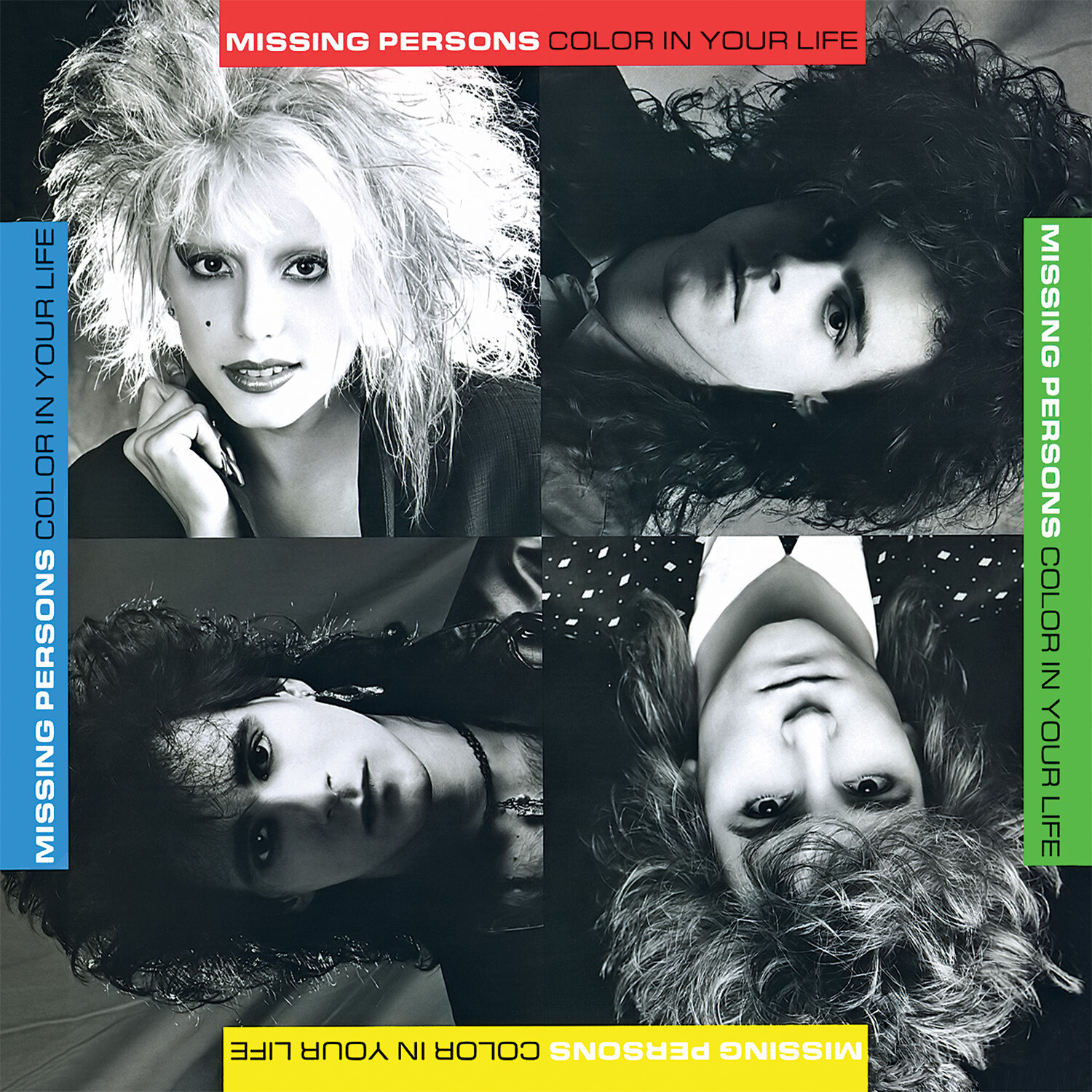 The third and final album from the original incarnation of Missing Persons appeared in 1986. Color In Your Life was given a big name producer in Bernard Edwards and a budget with the intention of advancing Missing Persons beyond their semi-cult status. Despite its big booming production sound, the album was still undeniably Missing Persons. Dale Bozzio’s voice sounded strong and confident, Terry Bozzio’s drumming was just as impressive as ever, Warren Cuccurullo’s guitars were still given a spotlight despite the increased focus on the rhythm section, and Patrick O’Hearn’s basslines remained intricate and detailed.
The first single, I Can’t Think About Dancin’, looked straight to the club scene with a whomping beat and groovy bassline. The extended 12” version of the song added further elements to the mix to lure patrons to the dancefloor. No Secrets and Face To Face maintained the high energy hooks fans had come to expect from Missing Persons, while Boy I Say To You continued the experimental side.
The stellar title track to Color In Your Life was planned as the follow up single, but was ultimately scrapped with nothing more than a promotional 12” single appearing before support for the album had faded. By this time, the Bozzio’s had gone their separate ways and Missing Persons disbanded.

In the time since Missing Persons, Terry Bozzio has been justly recognized as one of the greatest and in demand drummers, Patrick O’Hearn has continued to release a string of acclaimed New Age albums, Warren Cuccurullo remained Duran Duran’s guitarist for many years and has continued as a solo artist, and Dale Bozzio has continued to tour and occasionally record as Missing Persons ‘featuring Dale Bozzio’. Her visual influence can clearly be seen in artists of the day, namely Lady Gaga.