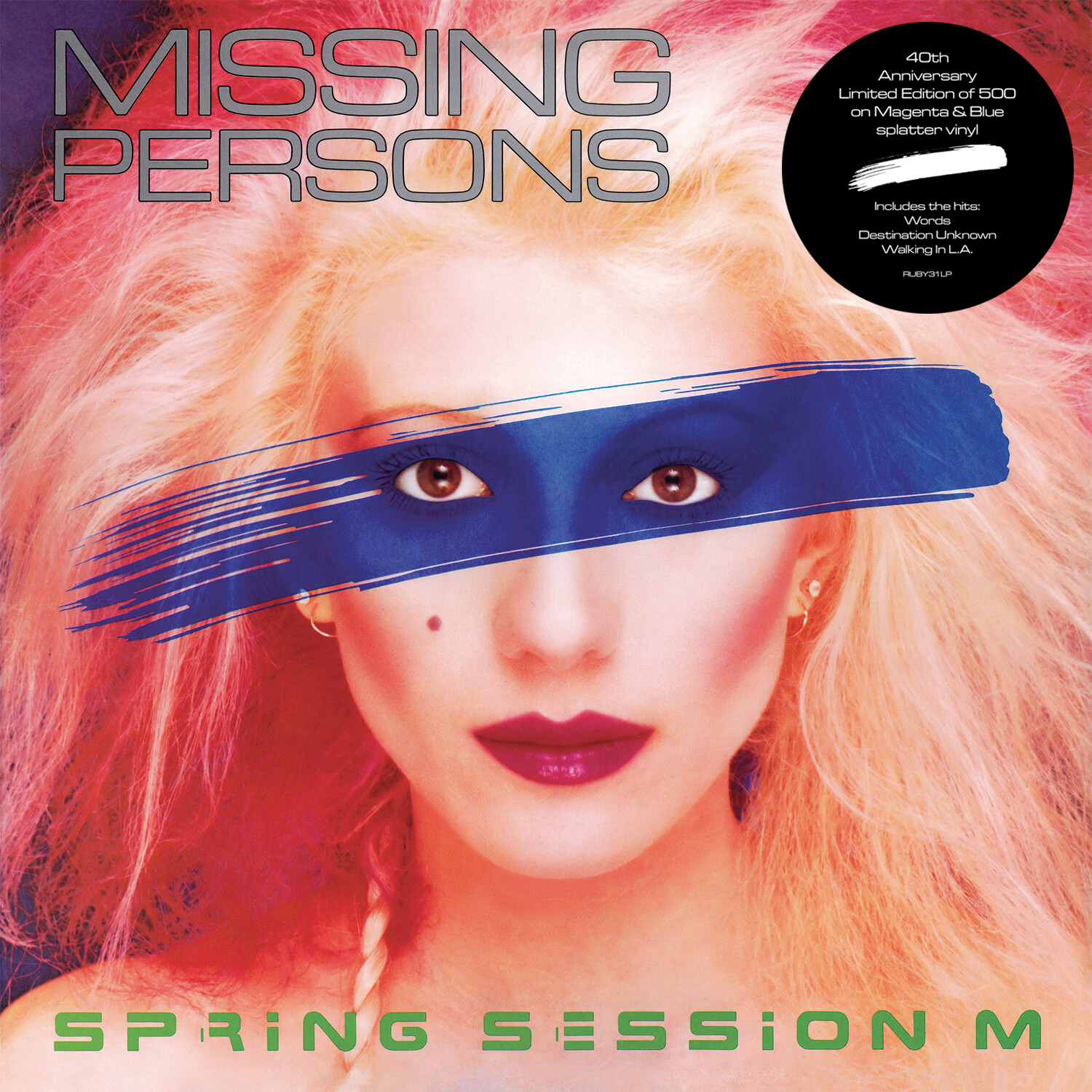 In an effort to limit eBay flippers, there will be a 1 copy maximum on each color variation on this title. Attempts to order more than 1 copy will result in order cancellation, of which PayPal fees are non-refundable. These releases are meant for fans, not flippers.

Formed in 1980 by the core trio of Dale and Terry Bozzio along with Warren Cuccurullo, Missing Persons perfectly fit into the New Wave movement. With her quirky singing style and colorful homemade attire put together from various forms of plastic, along with anything else that captured her interest, Dale Bozzio created a unique image that was both ear and eye candy. Husband Terry brought powerhouse drumming to their sound that was impressive and astounding, and added immediate credibility. Warren brought a rocking guitar sound that could either provide a melodic accompaniment or blistering solo, all with a distinctive sound that was very much his own. Released in late 1982, the full length debut album Spring Session M (an anagram for the band’s name) became an instant hit, eventually achieving Gold status. This 40th Anniversary vinyl reissue is presented in two color variations, each limited to 500 copies each.