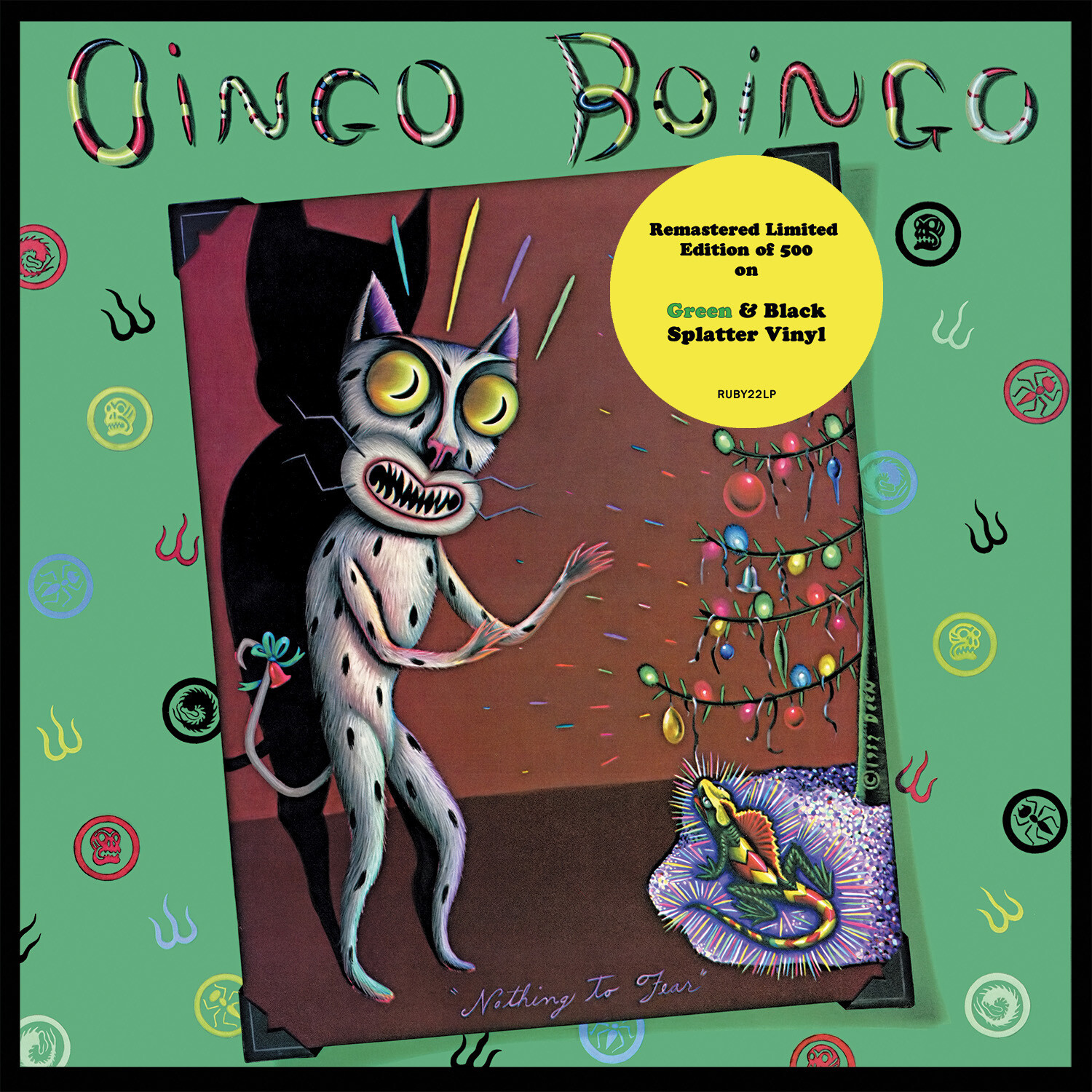 In an effort to limit eBay flippers, there will be a 1 copy maximum on each color variation. Attempts to order more than 1 copy will result in order cancellation. These releases are meant for fans, not flippers. Those who have been identified as flippers who try to order any further LP's will have their orders cancelled and refunded, less PayPal fees which are non-refundable.

For their second full length outing, Oingo Boingo expand on the hyperactive sound of their debut by adding more aggressive guitars and even a bit of dance funk. The single and video for 'Private Life' got further MTV and west coast radio attention, displaying the band as what can be described as institution escapees or a circus attraction gone mad. Elfman’s crazed vocal style adds tremendous energy to the layered, complex musical arrangement on the vibrant 'Grey Matter' and 'Insects'. 'Wild Sex (In The Working Class)' and 'Nothing To Fear (But Fear Itself)' are like jack-hammers pounding with energy and excitement, with the former included in the popular 1984 coming-of-age comedy Sixteen Candles. 'Whole Day Off' was released as a promotional single, showcasing a more laid back funky dance sound, while 'Reptiles and Samurai' closes the album focusing firmly on electronics.