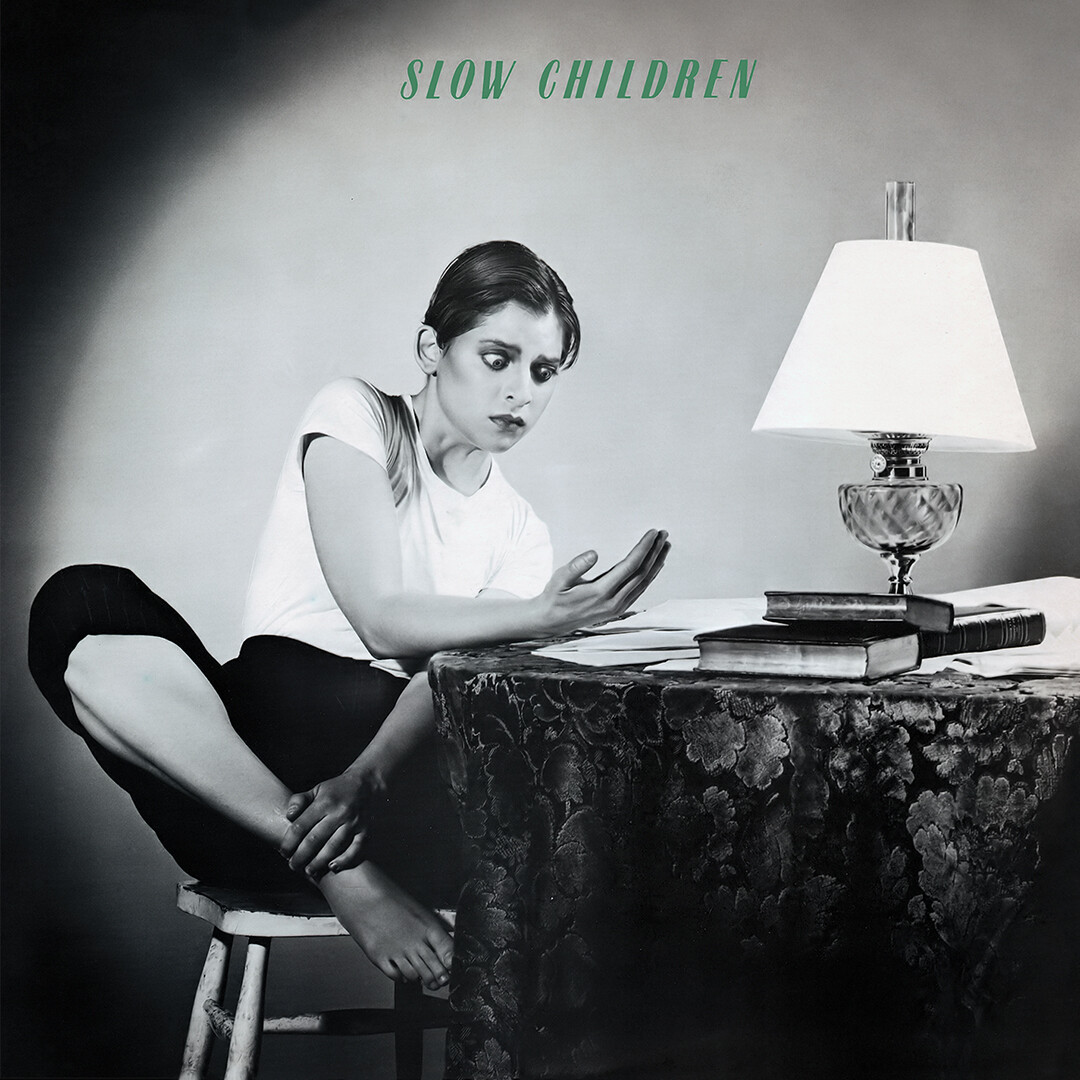 One of the most overlooked bands of the New Wave era was America's own Slow Children. While originally a full fledged band that included Michael Steele (future Bangles) on bass, by the time of their first recordings they were down to the duo of Pal Shazar (vocals) and Andrew Chinich (vocals & guitar). Their sound was filled out with assistance from singer/songwriter Jules Shear providing guitars, and Stephen Hague providing bass and synthesizers, both also sharing production credits. Hague would go on to become recognized as a legendary producer with such impressive credits as Pet Shop Boys, New Order, OMD and Siouxsie and the Banshees, among many others.
The debut Slow Children album displayed smart lyrics over a variety of catchy and quirky rhythms. President Am I became their signature song with a music video that got occasional airtime on the brand new MTV. Talk About Horses also got the single and music video treatment. A later single, Spring In Fialta, was a high-energy dancefloor stomper that was appended to the U.S. edition of the debut LP. Reissued for the first time on CD, the Slow Children catalog is being given long-overdue attention. Reissued with complete involvement of the band, who were enthusiastic enough to open their own personal recording vaults to add a few never before released rarities to compliment the additional bonus tracks. This includes the previously unreleased Who's Gonna Kiss Me Goodnight, as well as a very early live recording Dancing In The Wrong Direction, featuring Michael Steele on bass.