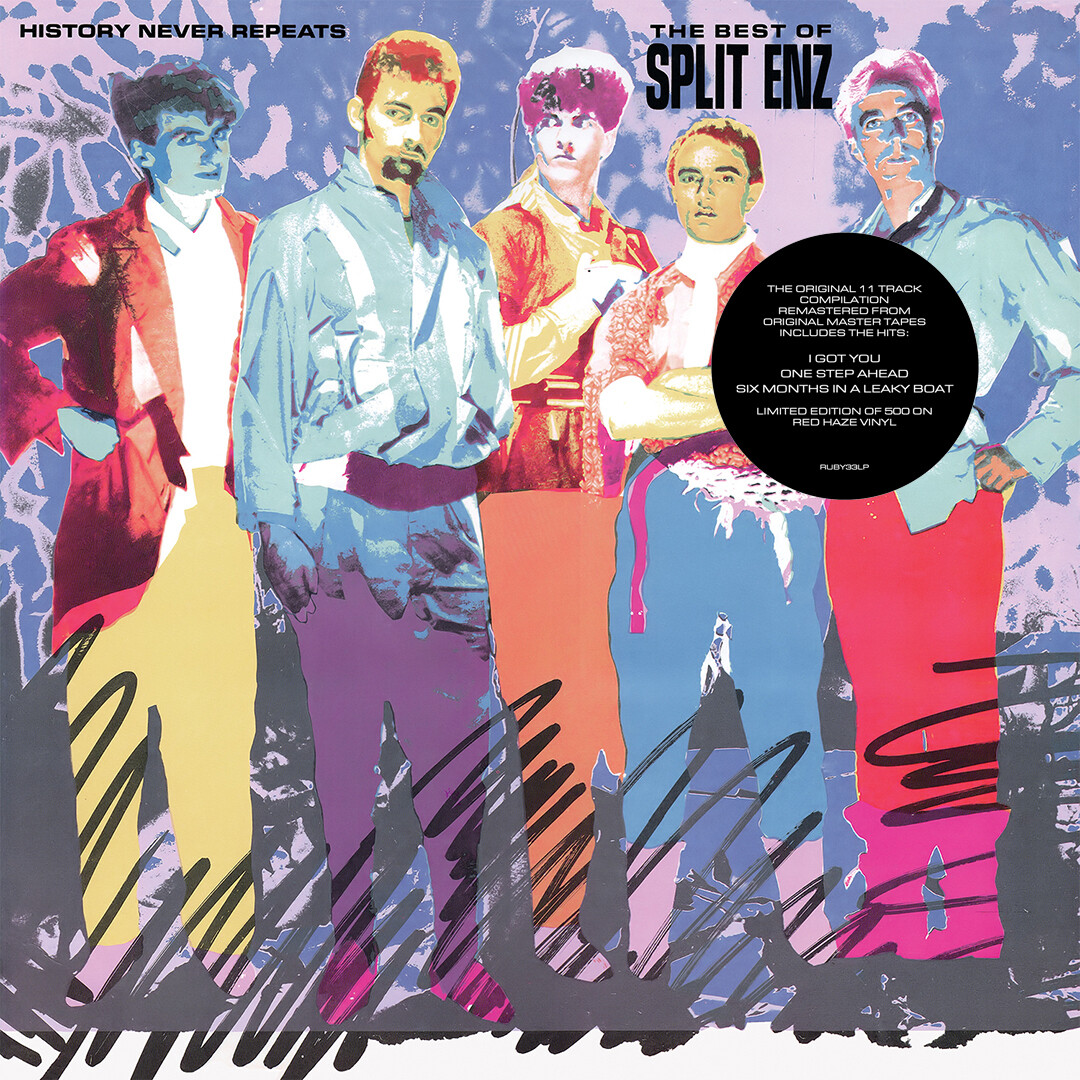 Formed in New Zealand in 1972 by Tim Finn and Phil Judd, Split Enz originally started as a quirky folk/art rock band known for their outlandish makeup and costumes. After a few albums and line up changes, including the departure of Phil Judd and the arrival of Tim's younger brother Neil, Split Enz embraced a more streamlined Pop/New Wave sound. The 1980 single I Got You became an international hit and introduced a whole new audience to Split Enz. Further well-received singles, such as One Step Ahead, Dirty Creature & Six Months In A Leaky Boat, continued the chart success in New Zealand and Australia while becoming cult favorites in the USA, partially due to recently launched MTV placing many Enz music videos into regular rotation. History Never Repeats - The Best of Split Enz is a collection of songs from their most commercially successful period from 1979-1983.

Side 1:
I Got You
Hard Act To Follow
Six Months In A Leaky Boat
What's The Matter With You
One Step Ahead
I See Red

Side 2:
Message To My Girl
History Never Repeats
I Hope I Never
Dirty Creature
Poor Boy