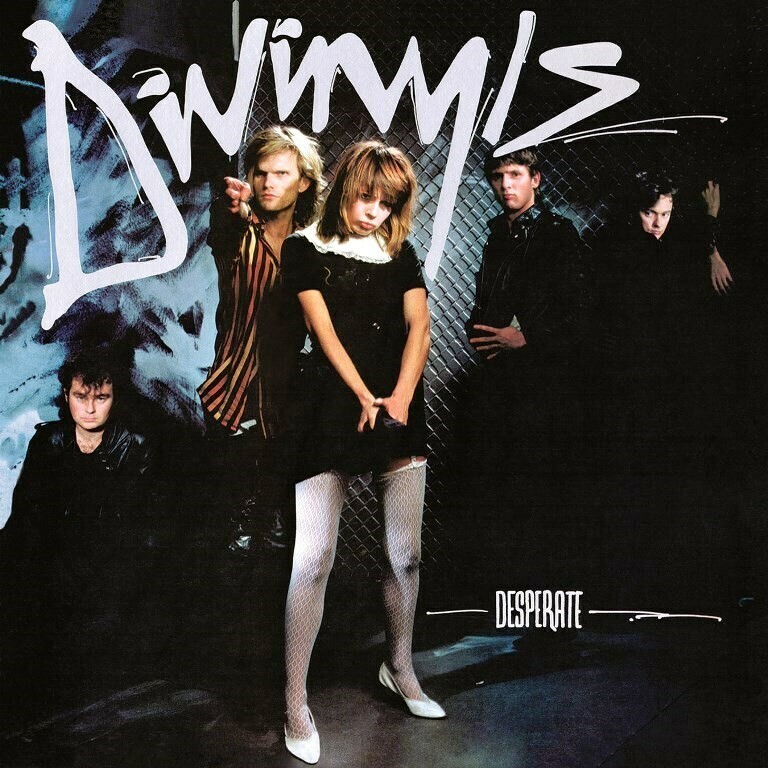 The debut full length album Desperate by Australia's Divinyls was a cross-section of spunky hard rock with a New Wave flare. Their first single Boys In Town, originally part of the soundtrack mini LP to the 1982 film Monkey Grip, became a huge hit in their home country. The late Christina Amphlett perfectly played the pouty schoolgirl with an attitude, complete with bangs over her face and fishnet stockings. On stage, she could go from out of control spasms to stealthily stalking back and forth as if looking for prey.
By the time Desperate made it to the U.S. market in 1983, it had radically changed. Four songs were removed to include earlier hit singles and other material from the Monkey Grip soundtrack, albeit in remixed or completely re-recorded form. MTV gave a good amount of attention to the music video for Boys In Town, as well as airings of Only Lonely and another Aussie hit Science Fiction. The song Ring Me Up gained attention with its inclusion in the 1984 film Sixteen Candles. Three of the removed songs would eventually be remixed and included on the U.S. edition of Divinyls' 1985 album What A Life.
For the first time, Desperate is given the comprehensive treatment by Rubellan Remasters. The original USA edition now includes the previously excised songs and versions from the original Australian edition. As an added bonus, two additional songs from an Australian only single, Gonna Get You (Re-recorded Version) and Only Lonely (Live), have been included. All songs have been dynamically remastered from original master tapes.