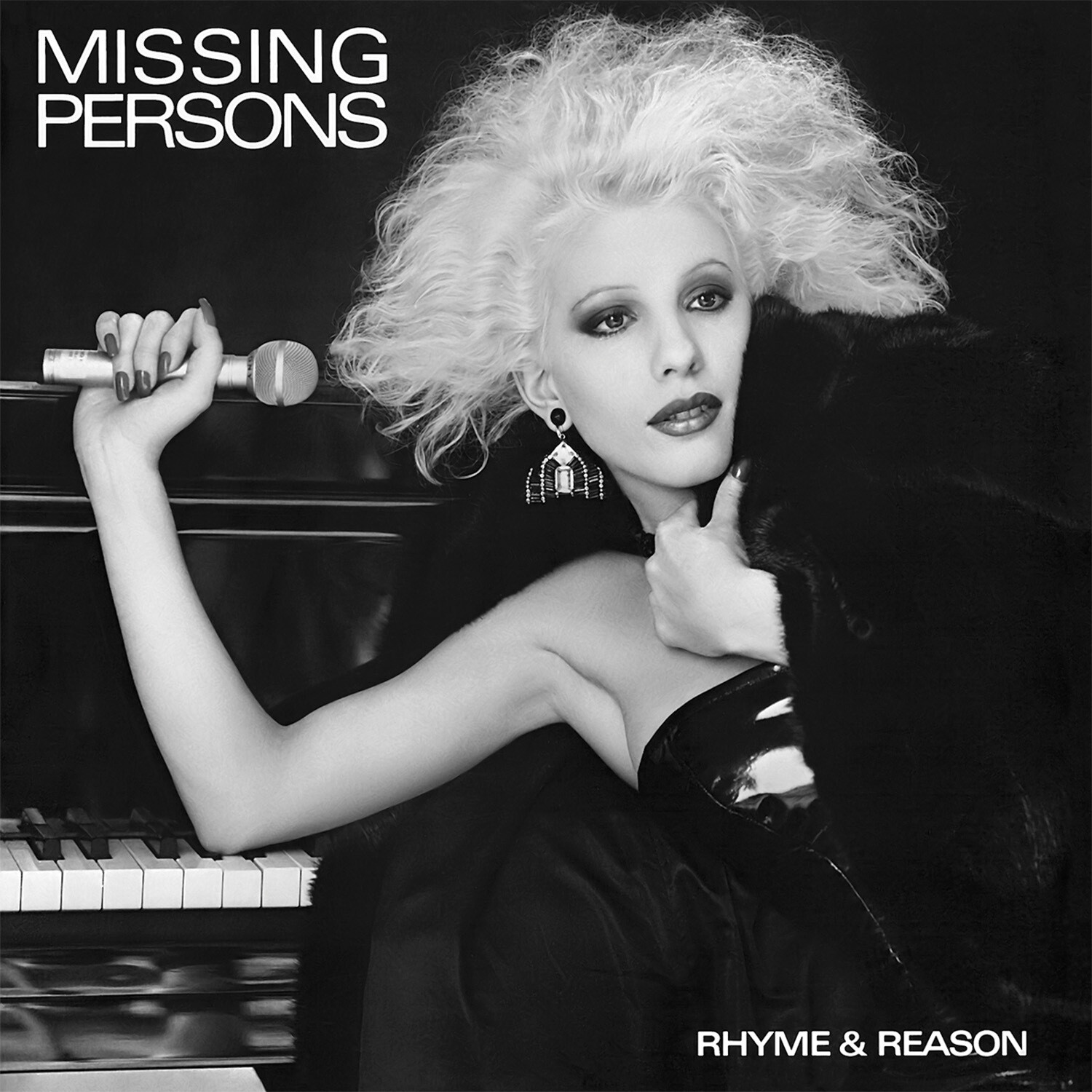 The 1984 sophomore album by Missing Persons, Rhyme & Reason, saw the band taking a more experimental approach. The prevailing sound of the album was Terry Bozzio’s electronic drums and percussion. Dale Bozzio reserved her trademark squeak to only one song while a couple of the single releases take a more serious lyrical direction. The album cover, with its sophisticated black and white Helmut Newton photos showing a generally make-up free band, could be somewhat misleading because the music video for the first single Give showed Missing Persons as colorful and distinctive as ever. Give was also the first Missing Persons single to be given the 12” Dance Mix treatment, extending the running time to nearly 7 minutes.
The pure pop Right Now was released as a second single and playful music video, while third single Surrender Your Heart took a more melodic approach with acoustic guitars complimenting the keyboard washes. The experimental All Fall Down and Racing Against Time added further layers to another strong album. Rhyme & Reason closes with what is arguably the best track, If Only For The Moment. The song had been remixed for an intended 12” single release but ended up left in the vault until finally being rescued for inclusion on a 2002 compilation CD, and now remastered from the original master tape and added as one of the bonus tracks on this newly remastered and expanded edition of Rhyme & Reason.